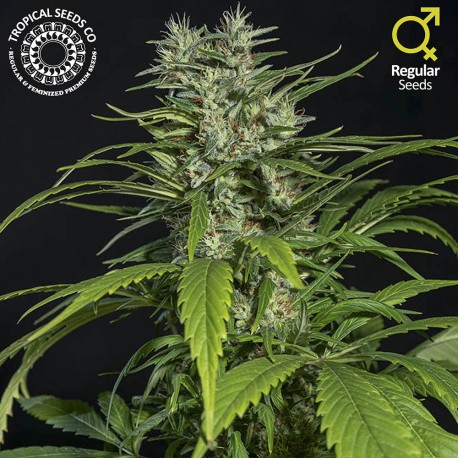 The Original NL5Haze from 90s!

We obtained this marvel hybrid through one of our most important sources, a great enthusiast and great entrepreneur of this international cannabis world. The package was named as NorthernLights#5xHaze F2 year 90-91. It is a hybrid created during the eighties by Nevil Schoenmakers through a complex search to develop a unique Sativa/Indica hybrid using the legendary Haze and NL#5 that he received from America. It quickly became the most demanded strain, which led it to fame as well as winning the first High Times Cannabis Cup which ended up forming a milestone in history and making it known worldwide by all old school smokers. All this supposed a radical change in the breeding proyects and in the consumption of this plant in the Amsterdam of the eighty and ninety decades.

We have been looking for new additions to our catalog for two years and at the beginning of 2018 during a test with these NL#5Haze believing that we were going to find plants with short flowering times like most seedbanks that currently offer it. But, we found a Sativa dominance hybrid between 90 and 120 days, in addition to the female over 150 days of flowering that was used to make the Extreme Haze hybrid. Very productive plants of robust bearing, forming large colas and some small lateral branches. Large buds finished with foxtails fully coated with resin. Soft discreet herbal and spices aroma, something that clearly contrasts with its incredible and remarkable powerful cerebral effect, psychedelic and from another planet, not suitable for novices and it is not recommended to mix with other substances. A plant for those looking for powerful effects without limits.

We present in a very limited way this hybrid that is currently under work. This old Sativa version from NorthernLights#5xHaze has already captivated our hearts and our brains with its intense effect. Right now we are taking the last steps to market it, but before that, we wanted to offer you the possibility of acquiring it directly and thus help to complete the study and reproduction.